Kitchen Stovetop Hoods: The Shape of Things to Come 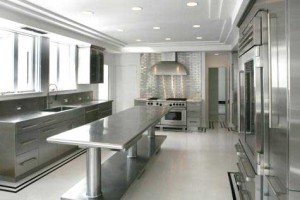 Have you ever stopped to think about how form and function is the backbone of design? And not just for one or two items in a kitchen, but for every element in your entire house.

There was very little design – they served a purpose and they were utilitarian at best. Then, like everything else, range hoods came into their own, not only as the important functional element that they are, but as headliners in a stylized kitchen.

Inspiration Can Come from Anywhere

Kitchen cabinetry designers, as Schrapper’s will attest, need to constantly come up with new ideas to set themselves apart from the crowd. Like most design components in the kitchen, the range hood comes in a variety of materials: wood, enameled metal, brushed stainless steel, hammered copper; as well as lighted fixtures that cross over from purely functional to an art medium in a category of its own. The designs are typically paired with the cabinetry and other components of a custom designed kitchen.

“Re-InVenting” the Range Hood
Pun intended, the range hood has come a long way from its forefathers in the starker years of function and little to no form. In today’s market stovetop hoods can be as shapely as lampshades and as arty as one-of-a-kind sculptures.

Adding another facet to stovetop hoods is illumination. A range hood that not only vents and protects, but lights up a room, casting an ambient glow and softening the look of the entire kitchen, is a great addition and show stopper. Often, stovetop hoods are flanked by handsome columns and impressive backsplashes created from glass, tile, copper and other materials

While some range hoods are molded and mass produced, others are ribbed and built out; custom made much like the hull of a canoe or ship Your Schrapper’s designed range hood is an additional way to put your own personal stamp on your remodeled kitchen as it becomes the star attraction alongside your fabulous kitchen cabinetry!